With the prevailing weather in the country, and the risk of impending natural disasters, Sri Lanka remains in the eyes of local and international bodies.
Emphasis was given on the need to improve response mechanisms and disaster preparedness, by several international bodies. At the same time, the Government is on a process of taking comprehensive measures to mitigate damage and risk of natural disasters, to enhance the disaster preparedness of the country.
Accordingly, last week, several consultations took place with the Ministry of Disaster Management, Department of Meteorology and National Building Research Organization (NBRO), and the lead designer of the World Meteorological Organization’s Flash Flood Guidance System (FFGS), Dr. Konstantine P. Georgakakos. END_OF_DOCUMENT_TOKEN_TO_BE_REPLACED

The coconut yield in the coming two months will be unimaginably low due to the lean season from October to February and the effects of this year’s and last year’s drought in coconut growing areas, said coconut growers. The coconut triangle comprising Gampaha, Kurunegala and Puttalam districts account for the major share of the yield in the country. “This year’s drought is more severe than last year’s which has resulted in a drastic reduction in yield,” growers said.

The yield this year is expected to drop by around 20 percent to a round 2,400 million nuts from the average 3,700 to 3,900 million nuts per annum. The yield last year was around 3,000 million nuts.The Coconut Cultivation Board expects the drop to be a little lesser than the amount projected by growers.

However, according to growers the yield would not be sufficient even for consumption apart from exports and other domestic industry usage. “This year’s yield will be one of the lowest in years due to the adverse weather that resulted in trees shedding button nuts and palms being affected badly,” a grower said. END_OF_DOCUMENT_TOKEN_TO_BE_REPLACED

In an unprecedented turn of events, the rice harvest has failed for three consecutive seasons, creating a need for rice imports once more.

From the Yala season of 2016 up to this year, the harvest has failed and rice production has hit a 10-year low.

The government plans to import more than 500,000 metric tonnes of rice within the next few months. A metric tonne is 2,204.6 pounds.

Since May his year, private importers have brought in more than 400,000 MT of rice.

The crop forecast report of the Department of Agriculture, reveals that the rice production in Maha 2016/17 and Yala 2017 would be enough for just 7.72 months.

The cultivation of rice has also suffered from various factors including drought and floods. According to the Agriculture and Agrarian Insurance Board, 14% of the total land area is cultivated with paddy, which is about 964,268 hectares. END_OF_DOCUMENT_TOKEN_TO_BE_REPLACED

Following their land mark victory in Supreme Court, Environmental Foundation Limited (EFL), a non-profit organisation dedicated to the conservation and protection of the environment through public interest litigation vouched they would continue to fight to put an end to coal based power plants that severely pollute the environment. However, on the other hand, the Ceylon Electricity Board claims coal is the cheapest source of electricity in the world.Coming back to the case, EFL, filed a Fundamental Rights Application (Bearing No. SCFR 179/16), against the proposed controversial coal power plant in Sampur, in the District of Trincomalee, without a proper assessment of the severe impacts on the surrounding area.

END_OF_DOCUMENT_TOKEN_TO_BE_REPLACED

Victims of Sri Lanka’s recent floods and landslides had been repeatedly affected by previous natural disasters and were now highly indebted with insecure livelihoods, a survey by the Ministry of Disaster Management has found.

The May 2016 floods and landslide have caused the highest displacements, wide spread damage to productive assets, and losses to livelihoods and agricultural and livestock production, it said in an assessment of Colombo, Gampaha and Kegalle, the worst affected districts.

END_OF_DOCUMENT_TOKEN_TO_BE_REPLACED

As Sri Lanka struggles to deal with the devastation caused this week by Cyclone Roanu, which left floods, landslides and at least 58 people dead in its wake, citizens are pitching in to help with government relief initiatives. Assisting with these efforts are local start-ups.

“As start-ups, we can bring to the table innovations, new technology and new thinking,” said Jiffry Zulfer, Chief Executive Officer of PickMe, a local taxi-hailing app in the vein of Uber and Ola.

END_OF_DOCUMENT_TOKEN_TO_BE_REPLACED

Sahana was developed by volunteer software engineers under the aegis of the Lanka Software Foundation in the months and years after the 2004 Indian Ocean Tsunami. It was handed over to an international foundation when I served as Chair of LSF. Nuwan Waidyanatha who cut his teeth on disaster research as part of the Hazinfo project, is now a leading trainer and part of the team guiding development of Sahana.

Despite my best efforts to get those involved in the early development of the software interviewed for this story (triggered by one of my tweets), we are the only sources for information on Sahana in this Sunday Times story.

END_OF_DOCUMENT_TOKEN_TO_BE_REPLACED

Tropical Cyclone Roanu lashed the coast of Bangladesh with heavy winds and sheets of rain, killing at least 21 people and forcing the evacuation of half a million residents, authorities said.

END_OF_DOCUMENT_TOKEN_TO_BE_REPLACED

Sri Lanka’s Disaster Management Centre (DMC), which should be in the forefront of the current emergency response with floods and storms ravaging the country, is facing a crisis of its own.

Its “disaster emergency hotline 117 (as stated in the website)” doesn’t work. There is no answer, zero sound when one calls this number as the Sunday Times discovered this morning (Tuesday) placing a call at 9.45 am. The non-functioning phone was earlier reported on http://www.lankaenews.com/news/1336/en

END_OF_DOCUMENT_TOKEN_TO_BE_REPLACED

We’ve had too many disasters in recent years. The tsunami, the LTTE, floods, Nandikadal, floods. And now Koslanda.

After the tsunami we asked what could be done to avoid a repeat. We found answers. Ten years later we can be confident that it will not be that bad, the next time (http://www.lankabusinessonline.com/news/what-have-we-learned-since-the-2004-indian-ocean-tsunami/756626867).

END_OF_DOCUMENT_TOKEN_TO_BE_REPLACED 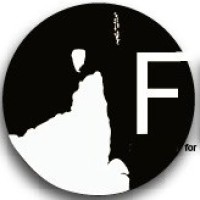 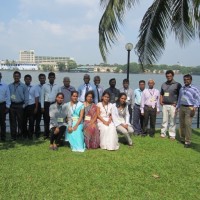 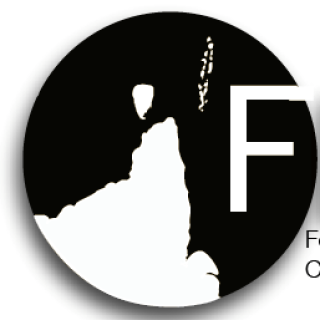 My Tweets
Climate Services for Maldives by FECT

Harnessing the power of modern technology for the Environment